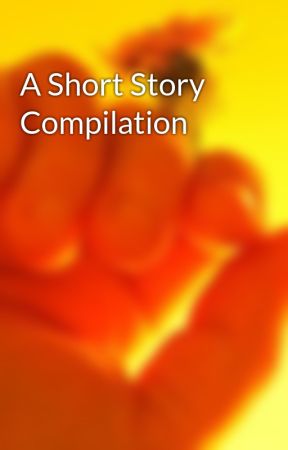 
He'd read that the nose acclimates to new odours in 16 seconds or less, that they just disappear from the mind, so as he hitched past the stained balustrades and took a first glimpse at the silent river which was slipping beneath him like a curse, Shanyang wondered how much time had passed in between some street cleaner flushing the toilet and his reptile brain reassigning those pestilent vapours as the day's normal air.

The city was sleeping poorly. It muttered its migrant's dreams. Its tatters of night sky were grey and agitated and when he looked up from the centre of the bridge, Shanyang felt like a deaf man wandering toward a storm. There was no moon. The only stars were the witch glow of lamplight dotting the windows of apartment blocks, and on and on forever they climbed up into the clouds, so many that Shanyang felt even more determined to die alone. In between the edges of two distant buildings, where a barbwire fence marked the end of the world, the city and the sky were the same foggy thing.

The quiet breeze rippled and battered his hair and it felt good and somehow clean. The air of the city was usually stagnant, locked in tight, adhered by heat and humidity. But above the river it was restless and moving, as if passing into the drainpipe of all yesterdays.


Shanyang leaned his elbows on the railing. At the end of the bridge, a swarm of taxis were parked or idling. Two drivers hunkered by a flaming metal barrel with Styrofoam bowls of noodles. A dozen others were lying in their backseats, sock feet propped in the windows. Shanyang was certain that none would join him in watching the rising of the sun, and wondered then if it was even worth seeing, if the sun even rose, or if dawn was just an ashtray emptied from the sky.

Either way, this would be a morning the taxi drivers wouldn't soon forget. As he climbed atop the handrail, a lingering scent of cigarette smoke drifted into Shanyang's nose, and immediately he realised he'd acclimated to the smell of the river, then felt disappointed that he hadn't checked his watch to see how long it had taken.

He contemplated this with his rosebud quivering and his poet's hair whipping his face, and gazing upward at the pallor now seeping through invisible cracks in the sky, Shanyang felt even more disappointed at the nonchalance of time as it drew to an end. The air was growing prophetically still. The river was silent. Shanyang stretched out his arms and took a deep breath. Startled, he slipped on his delicate perch. His arms swung in rapid, gigantic circles.

A short story about death… – Don't Forget the Bubbles

For a brief moment Shanyang was certain he was in the midst of toppling to his doom, and felt enraged at the prospect of passing so gracelessly into history. Yet by some miracle he regained his balance, and then crouching there like a tightrope walker with his chest heaving and his face on fire, Shanyang growled with aggravation. She was sitting on the rail three metres away, thin, white legs dangling over the water, peering up at him with a blank look of curiosity. Blue-black pigtails swung past her neck. Blue oxford shoes bounced rhythmically against the railing.

In fact, other than the skin of her legs and her arms and her face which was so purely white it was nearly glowing, the girl was blue from head to toe: suspenders, knee-socks, flouncy miniskirt, a schoolgirl's uniform that looked as though it were sketched with a fountain pen. Her wrists scintillated with jangly bangles in cobalt and sapphire, and in her right hand was a cigarette nub. She gave it a glance, flicked it in the river, then pulled another from a pocket in her skirt and lit it with a Zippo lighter.

He scratched his chin. I bet I'm older than you think I am. Shanyang, wary of being entrapped, arched his eyebrow and said no more. Every few seconds, two blocks downstream, parallel purple sparks raced up the face of a dead office tower. On the water their reflections appeared like lasers and the girl was quietly watching them zip across the river's black surface, her oxford shoes unconsciously bobbing along. At the end of one such perfect race she giggled like a bird, and all at once Shanyang felt silly for being so startled by a child.

He pushed back his hair, exhaled a loud breath of resignation, and reset his elbows on the railing. Now we're not strangers, are we? Though you do look a little bit strange, Shanyang. In fact, you look like you need to go home and take a shower. I got a call-in a little while ago, saying some hopeless idiot was waiting for me down at this bridge. Said he wanted a good, long ride away from this stinking place. I guess they canceled and forgot to tell me. Now here I am, just killing time. Funny expression, isn't it? Killing time. Time's only alive when it's passed, if you ask me. Now live forever, and then you'll want to kill some time.

Yes sir. Shanyang gazed off into the distance. In between the towers the sky was dissolving into a gray soup.

Dawn had surrendered. He sighed. Shanyang snorted as though she were crazy, but couldn't stop his eyes from searching the ground for proof of his destitute condition. A plastic bag spiraled on a meandering breeze. It caught on the rail. Reluctantly, Shanyang deferred. He tugged at the bud in his lapel and inhaled.

“The Story Will Be There When You Need It”: A Conversation with Edwidge Danticat

A mischievous cackle bounced around the girl's mouth. Do you know how many hopeless drunks have dragged their sorry butts into my taxi, at this time of night, because of a woman? Six thousand years' worth. Usually at bridges too, come to think of it. You'd think they were expecting a ferry or something. They ruin more men than war. So what's her name? Shanyang stared. The plastic shopping bag crinkled and snapped.

A bangle slid down the girl's wrist. Sadly, Shanyang closed his eyes.

In that case I'd have gone with Ying Ying. Or Vina. Or Janie Jones, that'd be way better. How'd you meet? Shanyang chewed the corner of his mouth. He'd relived the scene a thousand times during the course of that night, witnessing the endless unravelling of everything his heart once believed was true. Now, however, in the misty half-light, he saw the simplicity of how his great love began. She spit her cigarette into the river.

Isn't that the man's job, holding umbrellas? Shanyang stared down into the currents. The loosed plastic bag floated off like a dead jellyfish. Can't say I blame her, having to carry umbrellas all the time. All of these long nights driving alone I forget how to be polite. I'll be quiet. Shanyang inhaled deeply through his nose.

He swayed on his feet, feeling as though the stonework railing were all that kept him from falling. For a moment they avoided each other's gaze, Shanyang hiding in the shell of his shoulders, the girl peering off toward the forlorn camphor trees. Above the sky was a sickly grey, below a greasy sheen snaked the river, and "So," she piped up all of a sudden as she fumbled for a new cigarette. Stinky, screaming babies?

I'm sure she was pretty and smelled nice and all that. And I don't doubt that you were crazy about her. But look at you, Shanyang. You can't go stumbling drunk into eternity just because a girl didn't call you back. Gravely, Shanyang shook his head. His heart was aching. A bus downshifted on the highway in the distance. He spit into the river, wondering what a child could possibly know of love. The girl rolled her eyes, chewing a braid of hair as she rummaged once again for a cigarette. As soon as it was lit, she crossed her arms and held it in front of her face.

You can't go grasping for a Juliet in every girl who's nice enough to smile. That stuff takes time. Believe me, I know. Maybe it starts with a wink or a secret or an umbrella even, but you have to let it grow. If it's real, it's real. But if it's not, it's not. And when that ship sails, shit, it's gone. The only way you know if it was worth it is after you write the song. They'll kill you if you let them, these women will. They're dangerous creatures.

A lot worse than werewolves, that's for sure. The girl swung her legs across the rail, cigarette still dangling from her mouth. And don't ask questions when you already know the answer. Shanyang tried to bury his smile. He recrossed his ankles and took a jaunty lean against the railing. He waited.

FRESH IDEAS IN YOUR INBOX

Full of eye-opening research and riveting storytelling, bestselling author Atul Gawande asserts that medicine can provide not only a good life but also a good end. The result is a personal meditation on our flesh-and-blood existence and our mortal being that provokes us to contemplate the brevity and radiance of our own sojourn on earth. Grave Matters by Mark Harris Shoppers should be savvy, and that extends to the death industry.

Mark Harris, an advocate for more environmentally friendly "disposal" choices, has written a highly detailed, organized, and informative volume that will be a welcome respite when the time comes that you, or your family, must make some hard choices.

Short Stories About Death or Loss

This remarkable book was the first to explore the now-famous five stages of death and gives readers a better understanding of how imminent death affects the patient, the professionals who serve that patient, and the patient's family, bringing hope to all who are involved. Tap here to turn on desktop notifications to get the news sent straight to you. More Recommendations from Off the Shelf:. Help us tell more of the stories that matter from voices that too often remain unheard. Join HuffPost Plus. Real Life. Real News. Real Voices. Let us know what you'd like to see as a HuffPost Member.